A Million Vikings still live among us: One in 33 men can claim to be direct descendants from the Norse warriors

Almost one million Britons alive today are of Viking descent, which means one in 33 men can claim to be direct descendants of the Vikings.

Around 930,000 descendents of warrior race exist today – despite the Norse warriors’ British rule ending more than 900 years ago.

A genetic study carried out by BritainsDNA compared the Y chromosome markers – DNA inherited from father to son – of more than 3,500 men to six DNA patterns that are rarely found outside of Scandinavia and are associated with the Norse Vikings.

Records estimate that the first Viking longships landed in Britain in 793AD and that the Vikings went on to rule parts of England until the Battle of Stamford Bridge in 1066.

Vikings left behind buildings, culture and words that are still used in the English language today.

Key findings from the research include that men from the Shetland (29.2 per cent) and Orkney (25.2 per cent) Islands, heavily populated by the Northmen in the Viking Age, are most likely to have Viking in their bloodlines.

South of Scotland Yorkshire (5.6 per cent) and Northern England (four per cent) are the most prominent areas of the country for Norse Viking ancestry with more than 300,000 Northern men able to claim direct descent – accounting for almost a third of descendants.

Despite being a known hotspot for the Vikings when they first landed, Ireland has very little sign of a Norse genetic contribution today, with only 1.4 per cent of men from the Emerald Isle thought to have Viking connections.

Leinster has a lower count of Viking bloodlines than any other part of Britain or Ireland.

27 God-Awful Book Titles That Will Leave You Speechless

Note a certain “Jew factor” with these titles (fecal fixation and feminism – how unusual for Jews to be associated with these topics!):

Lessons from Jews and Mormons

This will make you feel sick:

It has become politically incorrect these days to look at specific cultural and ethnic groups and draw conclusions from how they think and  behave. Even when those conclusions happen to be positive, there’s still a forbidden stench about them lest you make other groups feel inferior.

And yet there are some statistics and characteristics so glaringly  obvious and astounding they’re impossible to ignore. Consider, for example, the following, all of which are based on credible data in the United States:

Those findings are detailed in a fascinating and immensely readable new book, The Triple Package, written by Amy Chua and Jed Rubenfeld, both of whom are professors at  Yale. Using enormous amounts of empirical research, they conclude Jews  and Mormons (and a few others) share three attributes: (i) they feel superior; (ii) they feel insecure; and (iii) they control their  impulses.

It’s true that feeling both superior and insecure is a conflicting paradox. Jews, for instance, fundamentally believe they’re the ‘chosen ones’ while simultaneously feeling threatened even decades after the end of World War II.

If you’re fortunate enough to be part of a group that tends to make its members feel that way, statistically you have a greater chance of  success. But if you’re part of the less fortunate majority, here’s what you can learn – and emulate – from what those groups do that makes them  so disproportionately successful. 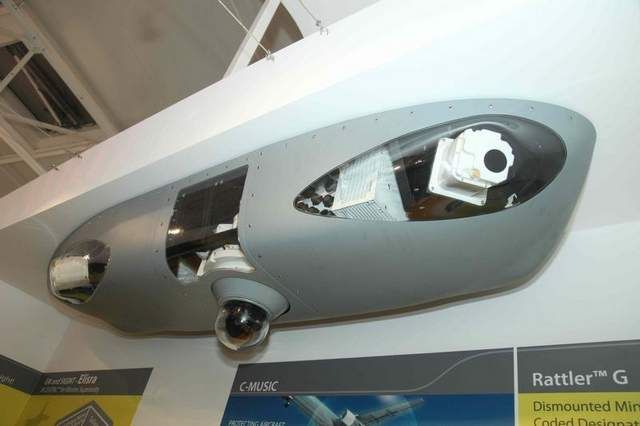 Israel is finally ready to combat shoulder-launched missiles and they’re going to do it with lasers.

Israel’s Ministry of Defense announced Wednesday that SkyShield, developed by Israeli defense contractor Elbit Systems, had successfully completed testing and is certified for commercial use to combat the threat of man-portable surface-to-air missile systems (MANPADS) by combining advanced laser detection and disruption technologies.

C-MUSIC, the commercial version of SkyShield, integrates laser technology with a thermal camera to deflect incoming threats by jamming. After detecting incoming missiles with an infrared sensor, it fires a laser that disrupts the missile’s navigation system, taking it off course and detonating the missile a safe distance from the aircraft.

The Masked Monkeys of Indonesia

Creepy, disturbing and worrying – the masked monkeys of Indonesia are part and parcel of the traditional Indonesian street performance, despite the obvious cruel abuse of animal rights.

Monkey owner Karmini, who is based in Jakarta has four trained monkeys says his group can collect $10 a day for their performance.

Thanks for sending me those articles Mel! You certainly found some interesting (and weird) stuff there!! Maybe this will become a new segment on Expel The Parasite? Who knows…..?