This post is from a Jewess called Debbie Schlussel:

Roger Waters of Pink Floyd thinks Jews have too much power in America. If you are still a Pink Floyd fan–even after his anti-Israel activism and pro-Palestinian, pro-Islamic terrorism diatribes, as detailed on this site–then his new bigotry, not just against Israel, but specifically against Jews, might not bother you since we know that most Israel-haters are really just Jew-haters with a more “high-brow” pretense. Likewise, it’s no surprise that this aging friend of the jihad is now an admitted Jew-hater. 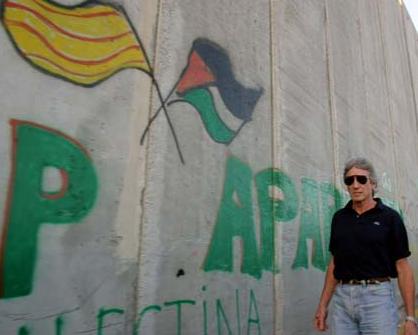 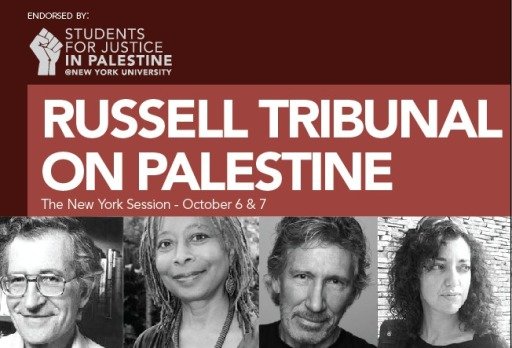 Sohrab Ahmari, an Iranian-American, pro-Israel, conservative assistant editor for the Wall Street Journal (he does excellent work, except for his support of the Arab Spring BS) attended a mock trial against Israel (the “Russell Tribunal on Palestine”–the first Russell Tribunal was an anti-American tirade on the Vietnam War) put on by a motley gang of irrelevant, far left whack jobs, including Waters, Alice Walker (whose anti-Israel, pro-Muslim crap I’ve detailed on this site), crazy Cynthia McKinney a/k/a Jihad Cindy (more about her here), nutjob Noam Chomsky, and murderous Marxist Angela Davis. Ahmari attended the event and wrote about it in yesterday’s Journal in an excellent op-ed piece. Here are a few excerpts, including the anti-Semitic “gem” from Waters: 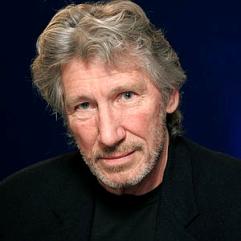 Roger Waters is obviously coming at the Israel/Jew thing from a “leftie-commie-anti-racist” angle, BUT he is aware of Jewish power and that alone is enough for this vicious Jewess to spit her poisonous vitriol all over him!!! These Jews are enough to make anyone feel sick. The “Roger Waters equals Nazi” pictorial bit at the end is absolutely ridiculous. It just shows how Jews react when someone doesn’t play 110% Kosher!

Just for a laugh, go to the Jewess’s bio…. In there it says:

Oy Vey!!! More Holohoax survivors……….. There’s seemingly an endless supply of these miraculous Jews! I don’t know how they all escaped the “super-efficient” Nazi killing machine!!!

Money, get away
Get a good job with more pay and your O.K.
Money it’s a gas
Grab that cash with both hands and make a stash
New car, caviar, four star daydream,
Think I’ll buy me a football team
Money get back
I’m all right Jack keep your hands off my stack.
Money it’s a hit
Don’t give me that do goody good bullshit
I’m in the hi-fidelity first class traveling set
And I think I need a Lear jet
Money it’s a crime
Share it fairly but don’t take a slice of my pie
Money so they say
Is the root of all evil today
But if you ask for a rise it’s no surprise that they’re
giving none away

WISH YOU WERE HERE

So,
So you think you can tell
Heaven from Hell,
Blue skies from pain
Can you tell a green field
From a cold steel rail?
A smile from a veil?
Do you think you can tell?
Did they get you to trade
Your heroes for ghosts?
Hot ashes for trees?
Hot air for a cool breeze?
Cold comfort for change?
Did you exchange
A walk on part in the war
For a lead role in a cage?
How I wish, how I wish you were here
We’re just two lost souls
Swimming in a fish bowl,
Year after year,
Running over the same old ground.
What have we found?
The same old fears
Wish you were here

Hello,
Is there anybody in there
Just nod if you can hear me
Is there anyone at home
Come on now
I hear you’re feeling down
I can ease your pain
And get you on your feet again
Relax
I’ll need some information first
Just the basic facts
Can you show me where it hurts

There is no pain, you are receding
A distant ship smoke on the horizon
You are only coming through in waves
Your lips move but I can’t hear what you’re saying
When I was a child I had a fever
My hands felt just like two balloons
Now I’ve got that feeling once again
I can’t explain, you would not understand
This is not how I am
I have become comfortably numb

O.K.
Just a little pin prick
There’ll be no more aaaaaaaah!
But you may feel a little sick
Can you stand up?
I do believe it’s working, good
That’ll keep you going through the show
Come on it’s time to go.

There is no pain you are receding
A distant ship smoke on the horizon
You are only coming through in waves
Your lips move but I can’t hear what you’re saying
When I was a child
I caught a fleeting glimpse
Out of the corner of my eye
I turned to look but it was gone
I cannot put my finger on it now
The child is grown
The dream is gone
And I have become
Comfortably numb.

Us and Them
And after all we’re only ordinary men
Me, and you
God only knows it’s not what we would choose to do
Forward he cried from the rear
and the front rank died
And the General sat, as the lines on the map
moved from side to side
Black and Blue
And who knows which is which and who is who
Up and Down
And in the end it’s only round and round and round
Haven’t you heard it’s a battle of words
the poster bearer cried
Listen son, said the man with the gun
There’s room for you inside
Down and Out
It can’t be helped but there’s a lot of it about
With, without
And who’ll deny that’s what the fightings all about
Get out of the way, it’s a busy day
And I’ve got things on my mind
For want of the price of tea and a slice
The old man died

One of my favourite bands ever!