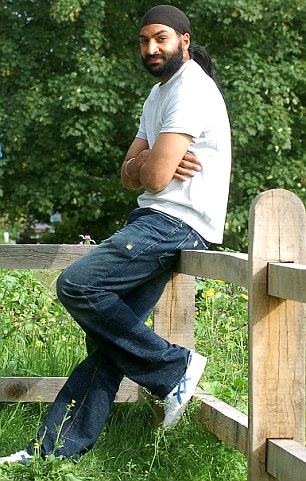 At his finest, he has been feted as a national treasure.

But cricketer Monty Panesar was in disgrace yesterday after a drunken rampage which ended with him urinating over a group of bouncers.

The spin bowler had already been thrown out of a nightclub after a group of young women complained that he was bothering them.

Panesar, 31, had been in the 14-man England squad for the Test that ended with England retaining the Ashes on Monday, but did not play.

He has not been included for the next one, which starts tomorrow.

The trouble began in the early hours of Monday when he was ejected from Shooshh on Brighton seafront, which was hosting a Gay Pride event.

He is believed to have gone on to the promenade above the club and relieved himself over the doormen below.

Witnesses said the bouncers gave chase and cornered the cricketer in a pizza restaurant before putting him in an arm lock and dragging him back to the venue in tears.

A source added: ‘The bouncers noticed water falling on them – then realised what was happening.

‘They chased Monty into a pizza shop and he was shouting, “Help! Help!”.

‘He struggled a bit and didn’t want to go. But once they had him locked in, he gave up and walked back with them.’

The married cricketer, who lives in nearby Hove, was detained for 45 minutes before the police arrived and issued him with a £90 spot fine for being drunk and disorderly. 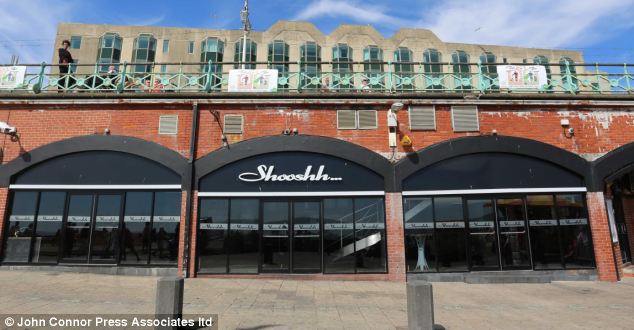 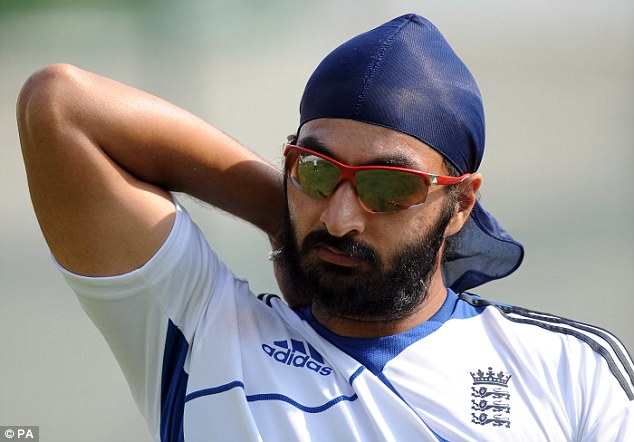 Shamed: Monty Panesar is a firm favourite with cricket fans, but his off-field exploits have landed him in trouble
He had been to a vodka bar before moving on to the club. Panesar’s spokesman said he did not dispute being fined for his drunken antics and added that he wanted to express his ‘unreserved apologies for any offence caused by his behaviour’.The bowler, whose full name is Mudhsuden Singh Panesar, is a Sikh who has said he ‘channels the discipline’ of his beliefs into his cricket. But alcohol is prohibited by his religion.Two years ago he was arrested by police after reports of an argument with his wife in a pub car park.He was interviewed before being released without charge. 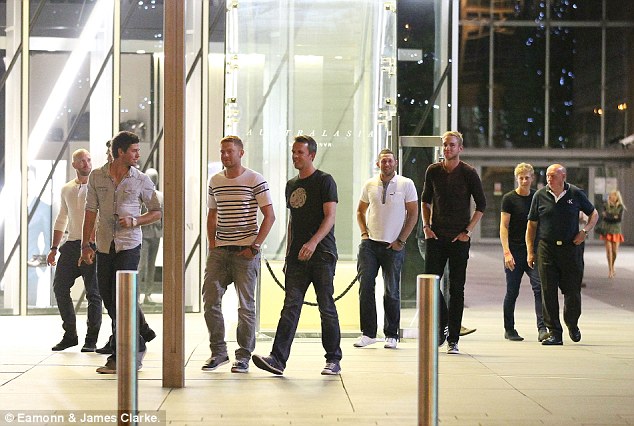 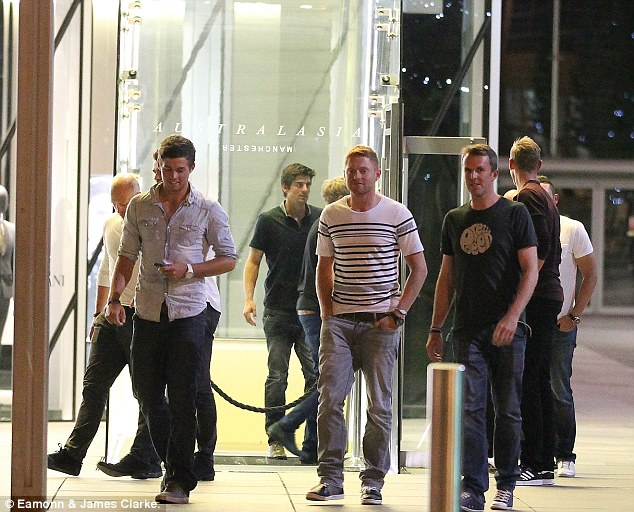 Aptly named: England chose the ‘Australasia’ bar in Spinningfields to celebrate the win

Panesar, who has 164 Test wickets, plays for Sussex. County chief executive Zac Toumazi said it had begun a ‘full investigation’.

This is not the first time England’s star players have got themselves into trouble with their drunken antics.

Following the Ashes series win in 2005, Andrew Flintoff and Kevin Pietersen went on a marathon drinking session before a reception in Downing Street. Flintoff later denied reports that he had urinated in the flowerbeds at No10.

Flintoff also infamously had to be rescued from a pedalo in St Lucia after a drinking session during the 2007 Cricket World Cup.

In a further embarrassment to the England team, players were photographed smoking after their Ashes triumph.

“………….when he was ejected from Shooshh on Brighton seafront, which was hosting a Gay Pride event.”

– What was naughty little Indian “Monty” doing in a bar hosting a Fag Pride Event?

“Witnesses said the bouncers gave chase and cornered the cricketer in a pizza restaurant before putting him in an arm lock and dragging him back to the venue in tears.”

“He is believed to have gone on to the promenade above the club and relieved himself over the doormen below.”

It’s pretty pathetic that they had to put in the bit about smoking at the end….. It is still legal apparently! You wouldn’t know it given how much the media whines about it…… Fucking “Do-gooders”……….

One thought on “Indian Cricketer Fined for Urinating on Two Bouncers………..”